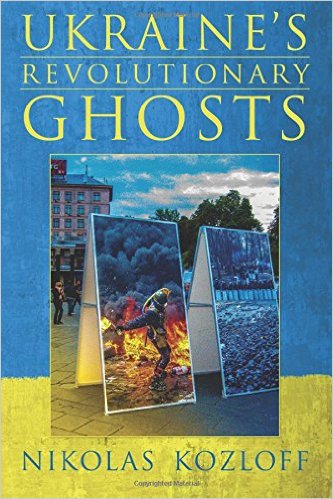 (Now with an updated forward from March, 2022, in light of Putin's horrific invasion of Ukraine).

To the extent that U.S. media covers Ukraine at all, outlets tend to focus on “what’s good” for “the west” and how “we” can outflank Vladimir Putin. But just what do Ukrainians themselves think about politics? From watching the talking heads on CNN, you wouldn’t really know. In an effort to get away from such stale policy discussions, writer and photojournalist Nikolas Kozloff conducted a research trip to Ukraine in late 2014. Once in Kyiv and the surrounding area, he interviewed experts as well as activists who had participated in the so-called "Maidan revolution" which had earlier toppled the unpopular government of Viktor Yanukovych. With all the media frenzy centering upon armed conflict with Russian-backed separatists in Ukraine's east, it’s easy to lose track of Maidan and some of its original aspirations. Just what were protests in Kyiv all about? On the surface, Maidan succeeded in removing Yanukovych from power, though many revolutionary goals remain unfulfilled. This booklet is a distillation of dozens of online articles published on al-Jazeera and the Huffington Post, representing the culmination of nearly two years of intense research and thought. In addition, the booklet contains dozens of evocative photographs taken in and around Kyiv's Maidan square. Ukraine's Revolutionary Ghosts seeks to assess Maidan's political, social, and even cultural implications. With so many focused on smoldering confrontation in the east, the struggle to create a more progressive and tolerant country may prove daunting though Maidan's original participants are determined not to relinquish the country's formidable revolutionary legacy.