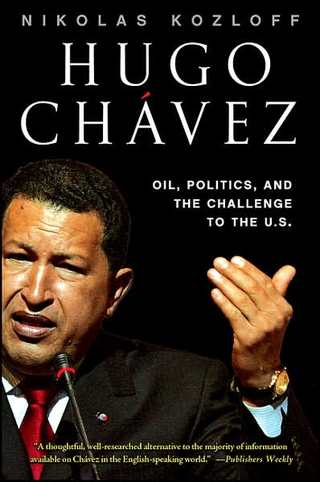 Hugo Chávez: Oil, Politics, and the Challenge to the United States

On August 22, 2005, American evangelical minister Pat Robertson made national headlines by claiming on his TV show the 700 Club that if Venezuelan President Hugo Chávez “thinks we’re trying to assassinate him, I think that we really ought to go ahead and do it.” Robertson went on to say that Chávez was a “terrific danger” to the United States and intended to become “the launching pad for communist infiltration and Muslim extremism.” Robertson added: “It’s a whole lot cheaper than starting a war. And I don’t think any oil shipments will stop.” Robertson’s comments inflamed public opinion in Venezuela and led to strong statements from Venezuelan officials. Defense Secretary Donald Rumsfeld offered a mild rebuke to Robertson’s comments, declaring “Certainly it’s against the law. Our department doesn’t do that type of thing.” Both Rumsfeld and State Department Spokesman Sean McCormack were careful to state that the remarks came from a private citizen and did not represent official U.S. policy. “Private citizens say all kinds of things all the time,” Rumsfeld remarked. McCormack did not condemn Robertson’s statements, although he stated that the minister’s comments were “inappropriate.” “This is not the policy of the United States government. We do not share his views,” McCormack said…Venezuelan chancellor Alí Rodríguez suggested that McCormack criticized Robertson for being imprudent. “It would appear that in their subconscious what they are condemning is imprudence and not the call for assassination,” Rodríguez remarked.